The Economy Added 200,000 Jobs in January as Tax Cuts Begin to Lift Economy

The economy added 200,000 jobs in January, and the unemployment rate was unchanged at 4.1 percent for the 4th consecutive quarter according to a U.S. Bureau of Labor Statistics report released February 2, 2018 titled, “The Employment Situation—January 2018.”  The report went further to indicate that employment in construction, food services and drinking places, health care, and manufacturing continued to trend upwards.

“When we began our push for tax cuts, I promised that our bill would result in more jobs, higher wages, and tremendous relief for middle-class families, and that is exactly what we have delivered,” said President Donald J.  Trump.

“This is our New American Moment,” said President Donald J. Trump.  “There has never been a better time to start living the American dream.” 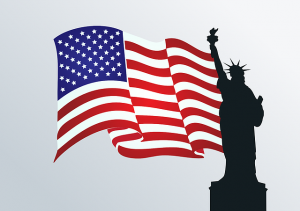 In his remarks at the New York City Securities Industry and Financial Markets Association, William C, Dudley, President and Chief Executive Officer of the Federal Reserve Bank of New York shared his views in a speech titled “The Outlook for the U.S. Economy in 2018 and Beyond.”  He commented: “Broadly speaking, the prospects for continued economic expansion in 2018 look reasonably bright.  The economy is likely to continue to grow at an above-trend pace, which should lead to a tighter labor market and faster wage growth.”